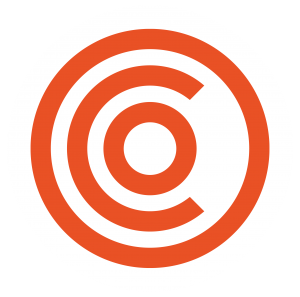 At Grundon, we take great pride in identifying innovative ideas that set new standards across the wider waste and recycling industry.

Just one example of this is our significant investment in O.C.O Technology, which has pioneered a revolutionary, patented process to recycle Air Pollution Control residue (APCr) from Energy from Waste (EfW) plants into a high quality, lightweight secondary aggregate.

The success of this award-winning business has already been praised by the United Nations for making “a demonstrable contribution to the developing European circular economy”, and O.C.O is one of only a few companies in the UK to hold an Environment Agency “End of Waste” agreement, classifying the finished aggregate as a “product”.

Every year, the UK’s EfW facilities produce nearly half a million tonnes of (APCr) and, driven by the waste hierarchy and a desire to achieve zero landfill status, plant developers and operators need a solution that recycles.

O.C.O’s technology does exactly that and is considered to be one of the best current examples of the circular economy in action – transforming hazardous waste into a product with valuable commercial properties.

Once APCr is delivered to an O.C.O facility, it goes through a mixing stage where it is blended with precisely controlled quantities of liquid carbon dioxide and water. This accelerated carbonation technique chemically transforms the APCr into calcium carbonate – otherwise known as limestone.

From there, the carbonated APCr is conveyed into a second stage mixer, where fillers and binders are added before the blended material is delivered to the pelletiser. Gaseous carbon dioxide is injected to accelerate the cementation process, forming a rounded aggregate which is then screened and stored.

Because the process permanently captures more carbon dioxide than is associated with the production cycle – it creates a genuinely carbon negative product.

O.C.O’s first production facility at Brandon in Suffolk, opened in 2011 and has already doubled in size to meet demand.

A further facility at Avonmouth was built in 2015 and a third at Leeds in early 2018, part of a plan to build a network of sites across the country.

Attracting a very high level of interest from EfW operators this is matched by strong demand for aggregate from block makers and the wider construction industry, both of whom are keen to find sustainable alternatives to natural materials.

The aggregate is ideal for medium dense concrete blocks and many other bound applications and blocks manufactured from O.C.O aggregate have been used in the construction of a number of signature buildings, including the Shard.

Having won numerous awards for its green credentials and being ranked within the top 10 companies in the UK for permanent carbon capture from a commercialised process, O.C.O is recognised as a genuine “World First” and has attracted interest from both the UK Government and the international community.

Contact O.C.O Technology to find out how they can help you achieve zero waste to landfill status

Contact O.C.O Technology to find out how they can help you achieve zero waste to landfill status

STAY IN THE LOOP